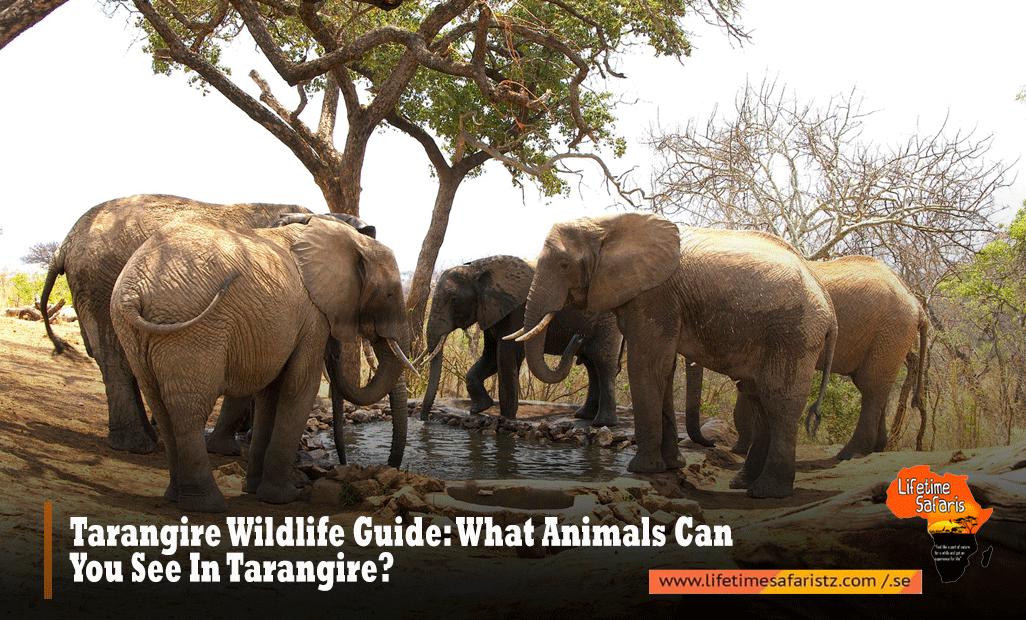 Tarangire National Park is known to be the photographer’s dream for its unique landscape of red earth, towering baobab trees, and beautiful acacia. The wildlife concentration of Tarangire is unappalled. In fact, you can see the largest population of elephants in the Tarangire. No wonder, Tanzania Safari Tours is fast becoming the most sought-after Tanzania Safari Destination.

The Tarangire National Park is stretched across the Tarangire River. Being the only source of water, it draws hundreds of animals to the park during the dry season from July to October. Which makes for spectacular wildlife and bird spotting.

Lifetime Safaris brings you a comprehensive Tarangire Wildlife Safari Guide where we shall discuss what animal you can see in Tarangire, the best time for Tarangire Safari along with some highlights and interesting facts about Tarangire National Park Safari. 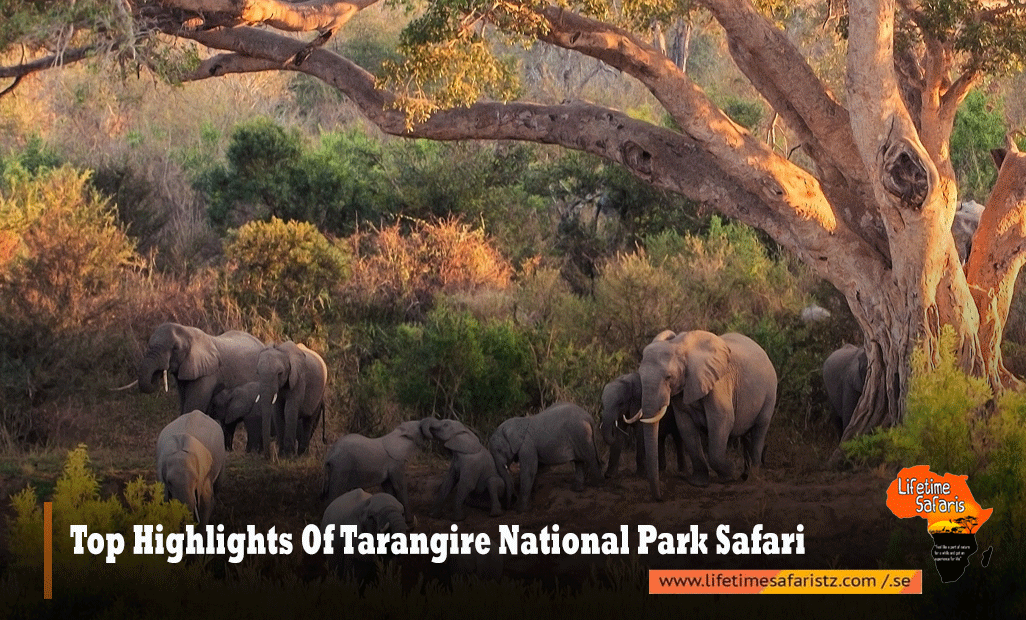 What Animal Can You See In Tarangire During Your Tanzania Safari Tour? 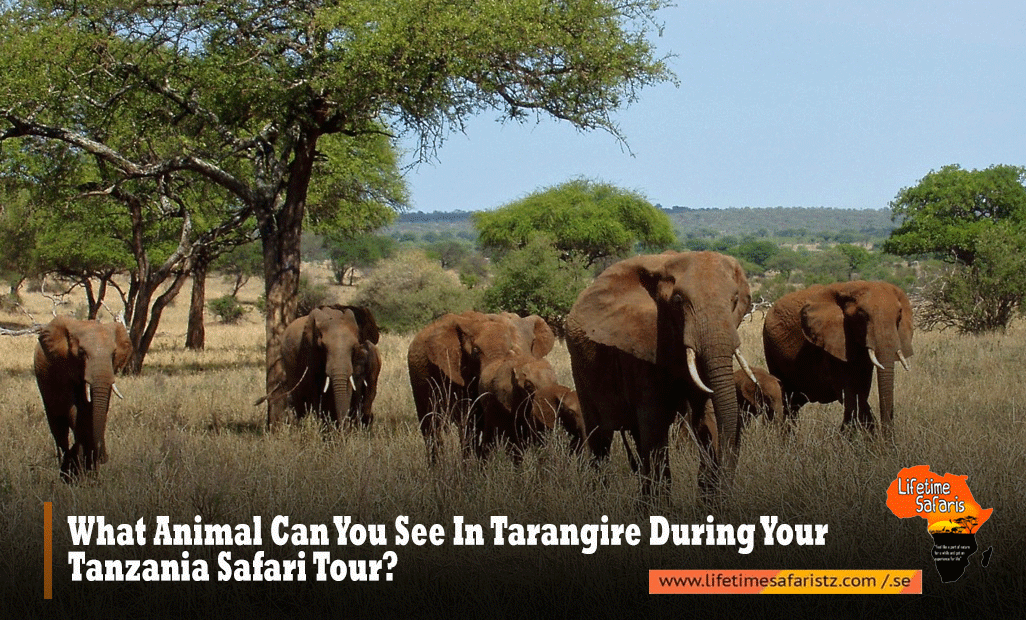 The Tarangire not only offers prolific wildlife sightings along with the alluring Big 5 sightings except the rhinos of course. 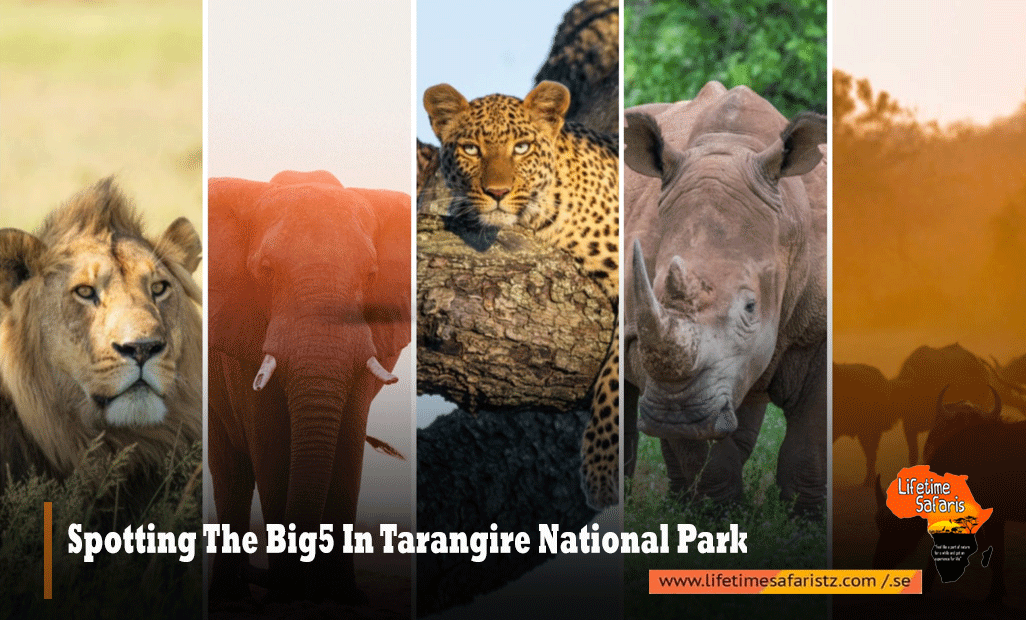 The African ‘Big Five’ are the most cherished safari trophies. They are the African elephant, rhinoceros (black or white), lions, leopards, and the cape buffalo. While many parks of Safari Tanzania boast one or more of these iconic animals, endangered species like rhinoceros and also leopards are rare to find.

Lions and buffalo are common in Tarangire National Park, whereas the ever-elusive leopards can often be difficult to spot. But it’s Tarangire’s elephant population, which makes it a must-include itinerary for your Tanzania Safari Tours. You can spot as many as 300 of these big mammals. In fact, they’re so common that you’ll almost get tired of them by day’s end. Almost! 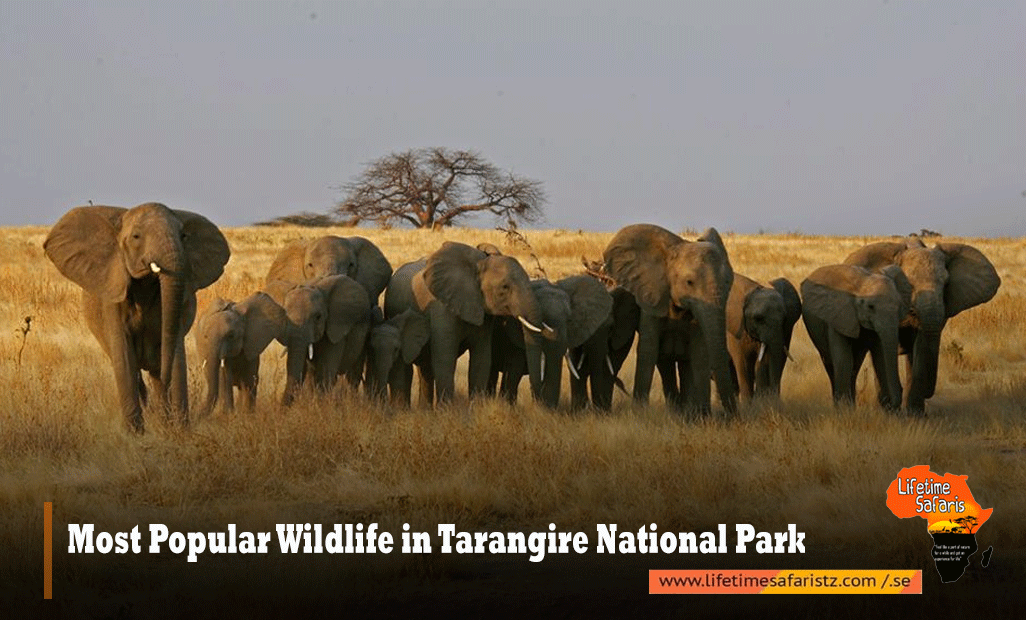 The Tarangire National Park can be a great place to spot primates during your Tanzania Travel. Large troupes of baboons are the most common site of this Park. You’ll most likely find them frolicking in puddles or prowling by the game trail.

Another famous primate resident of this park is the mischievous Vervet Monkey. These trouble-making little fellows often flock around the picnic areas. But don’t fall for their charm as they aren’t above a bit of thievery.

Little warning; don’t leave your food ungraded. The mothers with cute babies are known to act as a distraction while other monkeys sneak behind you with your food.

Tarangire safari is a great place to go if you’re looking for some less common wildlife to check off your list during your Tanzania Safari. The beautiful fringe-eared oryx along with the long-necked gerenuk are most commonly spotted in Tarangire National Park. When the swamps have dried up, you can spot massive pythons as well as they’re forced to seek shelter elsewhere.

The dry season of June to October is the best time for wildlife viewing in Tarangire National Park. As the large herds of animals migrate to the park from the surrounding areas it makes for some of the best game drives and wildlife viewing.

So, if you plan your Tanzania Safari Tours around the dry season, it will be easier to spot the animals here because the vegetation is thinner and wildlife congregates around the Tarangire River as all other water sources dry up.

Also, if you are a keen wildlife photographer then you will love Tarangire’s baobab and acacia. It is a perfect choice for wildlife photography against instantly recognizable backdrops. Visit Lifetime Safaris to know more about our exclusive Tanzania Safari Packages. Give us a call or leave us a msg our Tanzania Travel Guide will help you plan your tailor-made Tanzania Holidays.