The few handfuls of countries that are opened during this pandemic, Tanzania Safari Tours, is among the growing Safari destinations of the world. You have the highest possibility of catching a glimpse of the wildebeest migration in the Serengeti or spend a romantic getaway with your beloved.

Among the Best Safaris in Tanzania that you will witness in Tanzania, Ruaha National Park provides the most beautiful landscapes. This national park is dotted with baobabs, and truly makes Tanzania Africa’s best-kept secret.

Ruaha National Park is located to the west of the Selous Game Reserve and is considered the largest national park in Africa. With some of the incredibly rich flora and fauna, the location and beauty of this park are quite remote and untouched.

Why Tanzania Safari Tours Is so Special?

On your Tanzania Safari Tours, you will witness a large elephant population, which is around 12,000 elephants that move through the park each year.

You will also come across some of the exciting predator concentrations on Ruaha safaris which is home to 10% of the world’s lion population.

This national park contains one of four cheetah populations in East Africa and has the third-largest wild dog population in the world.

Safari Tours in Tanzania are truly unique, though, due to the combination of Eastern and Southern African Ecoregions and wildlife.

These wonderful national parks are one of only a few places in Africa where travelers will be able to witness all types of kudus as well as Grant’s gazelles, bushbucks, impalas, elands, oribis, giraffes, zebras, waterbucks, vast herds of Cape buffaloes and rare antelopes, such as sables and roans.

On your Tanzania Safaris, you will also come across the best endemic species such as the Tanzanian red-billed hornbill and many more.

Where do you stay on your Tanzania Safari Tours holiday adventure? You will come across some of the best camps in Tanzania that are located at least five miles outside the park, on the border of the wildlife management area.

Each of these offers some of the most incredible views with bars, dining area, and lounge facilities overlooking a waterhole.

In line with the camp’s buy local, employ local policy all produce is bought from local farms.

This ensures that travelers have lights, hot water, and cold drinks at all times with fully solar-powered facilities.

On your Tanzania Safari Tours, you will witness a variety of activities that include: full-day game drives into the park, hot-air balloon rides above the Mwagusi River; leisurely sundowners watching the evening visitors to the waterhole; visits to the authentic Maasai cattle-trading market, and more.

We at Lifetime Safaris provide you with the best Tanzania Safari Package choices that include stays at top-notch camps.

Jongomero Camp is a classic luxury tented camp that is situated along the flourishing banks of the seasonal Jongomero Sand River in the wilderness of Ruaha National Park.

You will be able to embark on a one- or two-day fly-camping adventure in the park from Jongomero, travelers can embark.

Tanzania Safaris Tours also offers some of the best game drives that progressively get better toward the end of the dry season. This is because the waterholes and rivers dry up and the game concentrates around water.  With fewer crowds and some of the best safari experiences, Tanzania remains the best safari destination across the globe. With less population in the park, the game concentrations are good at any time of the year.  However, the birding season from December to March is exceptional.

If you are a newbie but plan to join us for an adventure of a lifetime, we at Lifetime Safaris will provide you the complete analysis of the Tanzania Safari Packing List, the Best time to Visit Tanzania, and more. 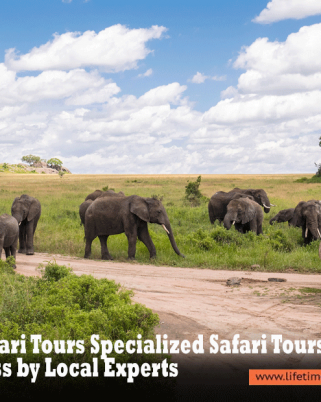 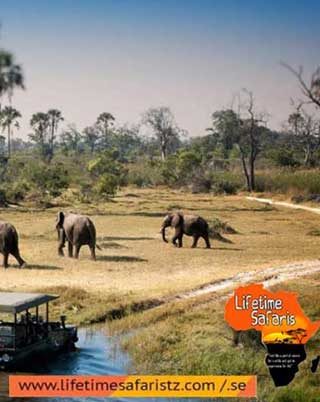