Who Are The Big Five Safari Animals? Spotting Tanzania’s Most-Wanted

Who are the big five safari animals? Well, back when hunting was legal, the lion, leopard, buffalo, elephant, and rhino were considered to be the most ferocious bunch. Mainly because they were (and still are) the most difficult and dangerous animals to hunt on foot. Today they’re known as The Big Five, one of the most shot-out safari trophies. The charm of Big Five is sky-high among all wildlife lovers across the globe.

No wonder, Tanzania Safari Tours with its rich natural beauty, endless game drives combined with the unquenchable thrill of spotting Tanzania’s most wanted, has become the safari hotspot of the continent.

Safari Tanzania’s rich biodiversity makes it unique, and the kind of flora and fauna that one can see here is second to none. But, spotting these Big 5 is arguably the Best Safari In Tanzania.

What Are The Big Fives? 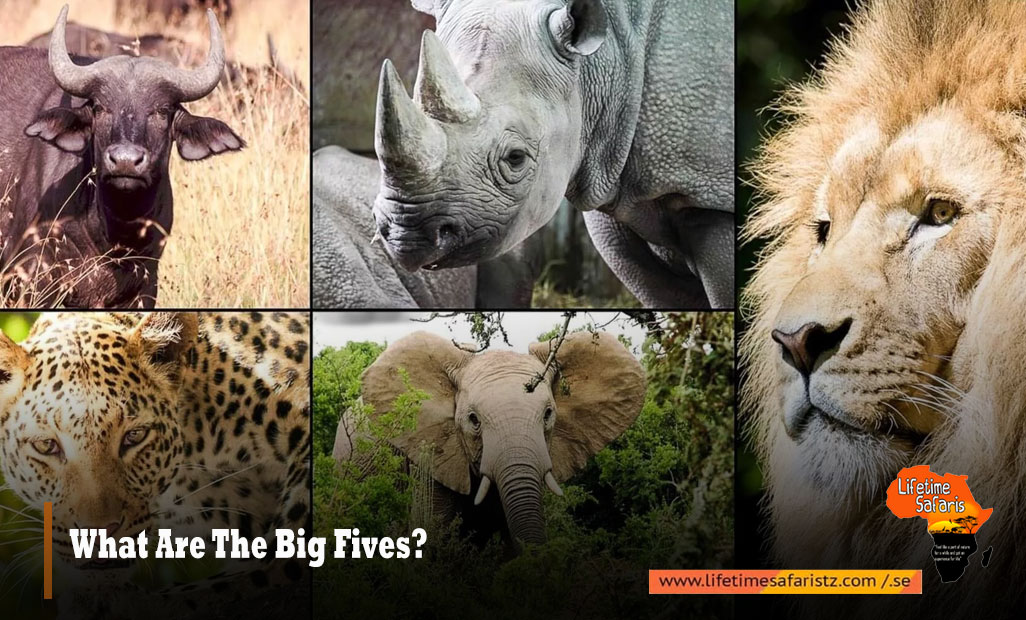 It’s not just their size that earned them the title “Big Five” but the danger they pose, and how difficult they are to hunt. They were the most shot after animals during the hunting days and now they’re the focal point of all visitors eager to capture them on camera. 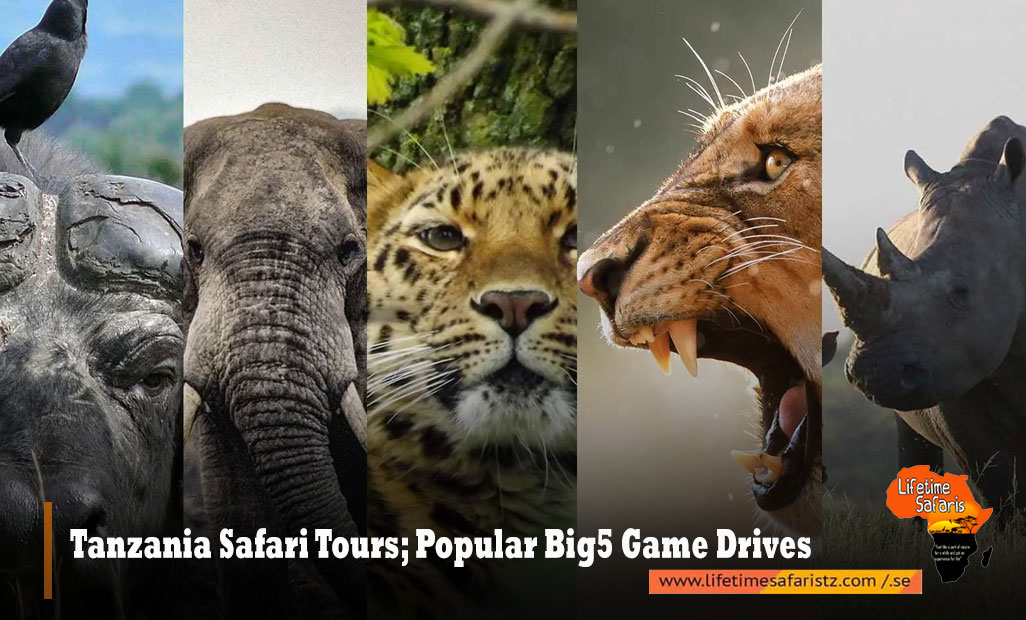 The Tanzania Wildlife Safari Tour will incorporate not only the Big Five but also a variety of other animals. Plus Serengeti’s Great Wildebeest Migration is the biggest highlight of Safari In Tanzania.

The Lion; Tanzania’s Most Wanted Big5

The Leopard; Tanzania’s Most Wanted Big5

Where to spot them: The leopards are best spotted in Serengeti National Park, Ngorongoro Crater, and the Ruaha National Park

The Rhino; Tanzania’s most wanted Big5

Where to spot them: Serengeti National Park & Ngorongoro Crater

The Buffalo; Tanzania’s most wanted Big5

Where to spot them: Serengeti National Park & Ngorongoro Crater

The Elephant; Tanzania’s most wanted Big5

If you are hoping to see all these charismatic creatures and much more in one shot Tanzania Safari Packages, here are some suggestions.

Seeing all of these animals roaming wild in Safaris Tanzania will be an unreal experience that is going to stay with you for the rest of your life. It’s such a joy to spot Tanzania’s Most Wanted Big 5 all so free, protected, and content, seeing them all can feel out-of-this-world and totally magical.

Do you hear that? The wild is calling for you. Embark a once in a lifetime journey of Tanzania Safari Tours in pursuit of the alluring Big 5 with the authentic Lifetime Safaris. To know more about our exciting offers and exclusive Tanzania Safari Packages visit our website.